We offer full service property management tailored to you as an investor, homeowner, or landlord. Our 4 Guarantees provide peace of mind and show our commitment to excellent service. We have an extensive portfolio of single family homes, townhouses, condos, and apartments in the Chandler area. We want to give you confidence about partnering with us. At our no obligation consultation, we discuss your questions, goals and ideas and outline an action plan to achieve everything you need. 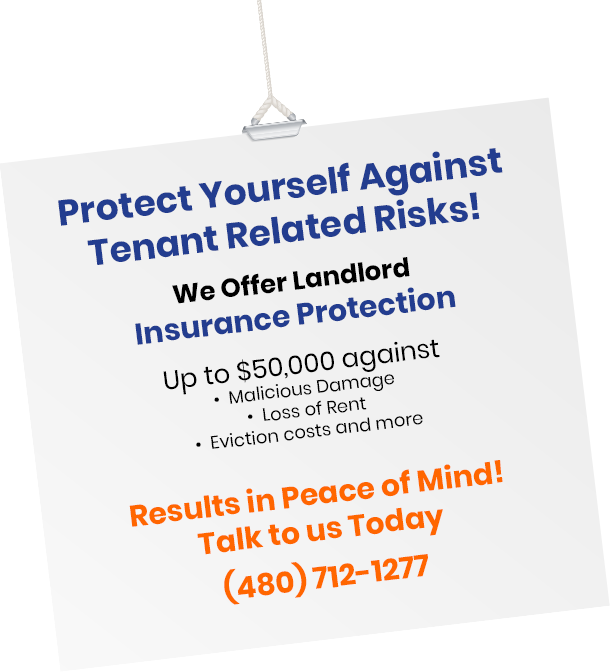 What We Do As Your Chandler Property Manager

Located just north of the Gila River Indian Community, Chandler is bounded by Mesa on the north. Tempe and Phoenix are located to the west. Meanwhile, the eastern border is made up of the town of Gilbert. Within this sprawling suburban community, residents will discover a number of technology companies and a growing commercial district.

Chandler was originally founded in 1891 by Dr. Alexander John Chandler. After moving to the area, Dr. Chandler began to buy up extra land. In 1900, he purchased 18,000 acres to create the Chandler Ranch. By 1913, the town of Chandler had been established with a golf course, a resort and businesses. While the town grew a little over the next few decades, its real expansion began in the 1970s and 1980s. Since that time, Chandler property management has grown to include numerous residential and commercial properties. Today, there are more than 100,000 homes within the area.

Numerous parks and green spaces fill the town of Chandler. This community has deliberately sought to incorporate play within the city through aquatic centers, recreational options and parks. There are a total of six aquatic centers and two recreation centers in the town. Special events can be found at the popular Tumbleweed Park. This park hosts events like the Day of Play, the Fourth of July Fireworks Festival and the Ostrich Festival. Other popular parks in the area include the Veterans Oasis Park, the Paseo Vista Recreation Area and Espee Park. To discover the area's history, residents can check out top museums like the Chandler Museum and the Arizona Railway Museum.

For American cuisine, local favorites include the SanTan Brewing Co., the Keg Steakhouse and Firebirds Wood-Fired Grill. Native American cuisine can be found at the Kai Restaurant. Meanwhile, some of the best Mexican restaurants in the area are Espo's Mexican Food and Abuelo's. For more diverse cuisine, check out sushi and Polynesian dishes at Roy's.